This is a Chord Specific Lick which means it will be played over the A7 chord (I chord in the Blues in A). This is because it contains the note C# which is contained in the chord tones of A7 (A C# E G) but clashes badly with the chord tones of the D7 chord (D F# A C).

For this lick I'm using a Gibson 335 guitar (1969) into a Fender Super Champ (old valve one from 1983 designed by Rivera, not the current model) recorded with a Shure SM57 microphone.

Guitar Settings
To get the sound I used the Bridge pickup. Volume right up. Tone right up.

Amp Settings
'Exact settings' even if you have the same amp and guitar will probably not sound exactly the same... but my settings (to use as a starting point): Volume 5, Treble 7, Bass 8, Reverb 3, Lead N/A, Master Volume 3.

Pedal Settings
None used! The signal went through my mini pedalboard but the only thing I used was the tuner! 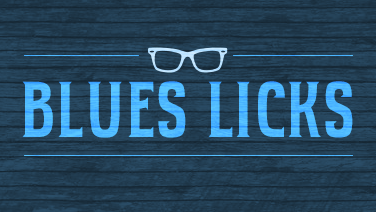