This next chord we are looking at causes lots of people problems. It's a little harder than the other shapes we have looked at but it's not as hard as many people make it out to be - it's just takes a little more practice than other shapes, mainly because of the awkward position of the 3rd finger barre. Check out the video and we'll have you playing it as fast as possible!

Because this one is a bit tricky we are only going to add this one chord for Foundation 3 - we'll look at the variations of it in Foundation 4.

As I said this shape can be a little tricky... You may see some people playing it using fingers 2/3/4 to make the chord shape in front of the barre - and this grip does (very occasionally) have a useful place - but 99% of the time it sucks to play it that way - it's very hard to jump to quickly and accurately and most of the time the chord sounds better without the note on the thinnest string sounding at all!

CHANGE THE SHAPE - put an X on thinnest string!

Even though this is a barre chord, the barre is not played with the first finger. The first finger is playing the root note on the 5th string - the tip is muting the thickest string, but that is all.

The barre is happening with the 3rd finger which must hold down strings 2/3/4 and lift up enough to mute the thinnest string! This takes practice and developing the flexibility of your 3rd finger joint!

You MUST think about pointing the first joint in the third finger finger away from the neck - too a hard for text - you'll have to watch the video!!

Some people (about 25% in my experience) have the right length of 3rd finger to hold down the strings 2/3/4 and lift up enough to let the thinnest string be played by the barre. A good thing to be able to do, but not particularly useful (for me, I can but very rarely do!).

Remember to keep your thumb round that back (very roughly it should be on the other side of the neck to the 2nd finger - but everyone is a little different so don't stress if yours is not!).

Practice picking out all the notes one at a time and make sure they are all clear!

When you are practicing this, you want to follow the now tried and true method that has been working for you all along (I hope!).

Next up we're going to be changing between the different barre grips. Challenging fun!! ;) 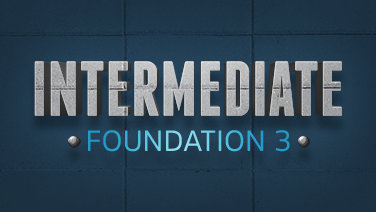