Mearle Travis was a great and innovative guitar player, and his style of country finger picking became a very commonly used pattern in Folk Fingerstyle and all the other fingerstyle genre's that followed. Other masters in the tradition of Folky Country Fingerstyle include Chet Atkins, Tommy Emmanuel and Lenny Breau.

It's similar to the patterns we looked at earlier but now we have the thumb moving between 3 strings in the one pattern which takes quite a deal of practice to get automated so you can start working on the melody elements! Have fun and don't get frustrated if you don't get it right away, took me a couple of years (I'm a slow learner!).

We're starting out with a look at the basic Pattern #1 but using a barre chord and adding in that moving thumb part (remember to move your fretting hand first finger over to the thick string when you are playing that - don't barre them both!). You will have to play this over and over to get the thumb trained up for this new pattern. It is tricky at first - you'll have to concentrate real hard - but you will get it.

Now we're just using the same chord but basing it on Pattern #2, still just focus on the thumb movement - the rest should come easy if you have been practicing the material we've looked at so far in the course.

Still on G Major just using a similar pattern to what we've looked at before.

Next up is for you to go explore this idea - adapt the "Create Your Own Fingerstyle Patterns" diagrams and table to fit this new thumb movement and see what you can come up with. It's a lot of fun when you get into it because there are so many idea's to explore.

I recommend keeping a scrap book to collect your favourite patterns as you find them, they are easy to forget and it sucks when you find a real cool one but forget it the next day - so write them down! 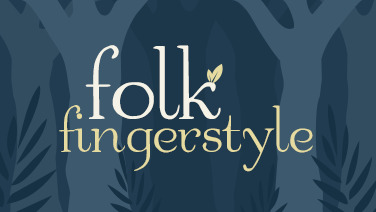