The debate between which of these systems is better is one I find almost comical, but I get questions about it all the time, so I guess it needs answering! Let's start with what the 2 systems mean and then look at the pros and cons!

The 5 Pattern System (I often shorten it to 5P or CAGED) looks at all the notes of a particular scale, and then groups the notes around the 5 Chord Shapes (of The CAGED System) so that the scale patterns fits closely around the chord shapes. This helps a lot to see the 'function' of the scale notes as you should know the function of the chord tones, and scale steps are never more than a step away from a chord tone! With Major Scales, you have 3 notes on most strings but on one string you would have just 2 notes. There are minor variations to the patterns, I teach a 5 Pattern Major Scale System that works for me, but no discredit to other systems, I would suggest you start by looking at the suggested note position and fingering then explore the variations and see what feels best for you.

The 3 Note Per String System (3NPS) pretty much does what it says on the tin, each scale pattern will have 3 notes on every string. The Major Scale has 7 notes, and a 3NPS scale pattern can be built from each degree of the scale which is why it's sometimes called the 7 Pattern System (and incorrectly imho, some call them modal patterns).

The Pros And Cons

A lot of this stuff is my opinion, and while I'm sure there will be some people who insist I am 'wrong', the truth is that there is not really a right or wrong in art - music is a creative form and it's what you create with scales that is important, not what pattern you used to find the notes!

Position Playing
Personally, I see the notes of a scale around chord shapes, it helps me target the notes of the chord that I'm playing over and the 5P system works best for that, for me. Some of the 3NPS Patterns move through CAGED zones in a way that I find awkward and illogical, though possible (and useful!).

Ease Of Playing
The fact that the 3NPS system has a consistent number of notes on each string is AWESOME for any kind of technical playing, particularly for legato playing (using a lot of hammer-ons and flick-offs). If you want to play fast fluid lines then 3NPS has benefits however...

Note Function
Probably the biggest deal for me personally, is being able to see and understand the function of all the notes I'm playing over any given chord, and for that I find the CAGED system superior most times - however, again - if you're familiar with CAGED first, then it's fairly easy to see the function of the notes in a 3NPS patterns within the CAGED zones.

Visualization
Being that the chords fit really well into the CAGED system, if you use visualization to see the scales over the chords shapes then I think that 5P is often easier - if you follow my method you would always start on the root note and therefore finding the scale patterns in any part of the guitar neck is relatively easy. Often I've found students that study the 3NPS system who need to start at Pattern 1 and work their way up to figure out the next pattern - primarily because there are most commonly practised from the lowest note of the scale rather than the root.

However - if you're familiar with CAGED first, then it's fairly easy to see the 3NPS patterns are simple transitions between the CAGED zones and find your way around easily enough. The great players and users of the 3NPS system do not suffer that and are aware of the note function where ever they are.

Stretch
There's no question that 3NPS requires a lot more finger stretching in the patterns and so if you already struggle with tendonitis then you need to be careful if you're planning to do a lot of work on the 3NPS patterns.

Let Your Fingers Do The Walking?
It's also worth remembering that while scale patterns give you a means to play scale up and down, the 'muscle memory' of the fingers is not the aim! Finding a wonderful melody is the aim and we must all beware of letting our fingers find the way - this is something that becomes more problematic for many 3NPS players (in my experience) because the ease and fluidity of the movements makes it hard to change halfway through - even if the melody we hear in our musical mind tells us so - at least that's how I find it - of course not true of all players.

So Which is Better?

The conclusion is that they're both AWESOME for slightly different things and you should know BOTH! I've met great guitarists that have a preference one way or the other - but it's mostly dependant on the style that they have embraced as their own.

If you want to play long fluid lines using legato (like Joe Satriani or Tom Quale) then 3NPS is likely to be the best choice. But awareness of note function and the CAGED framework will almost certainly help you make music!

If you're doing fast and technical picking passages it is probably that 3NPS will be the easiest choice - picking can be trickiest when the number of notes on each string of the passage are different!

That said, Martin Miller bases his playing around the CAGED system and he plays some incredibly technically difficult stuff.

Most Blues players prefer the 5P system, I suspect this is because the Minor Pentatonic forms into 5 boxes and these can make a great framework for the Major Scale patterns (and other scale types after that).

My personal preference (and my guess as to how many of the players I like a lot do it) is that I see the scale notes around the chord shapes even in the 3NPS system and I register how I'm moving between them.

It's just about the sound you make, and while which system you choose will have an effect on it - it's YOUR choice and it's YOUR music so choose the one that feels best to YOU! :)

If you encounter someone who says that one or other of the systems is crap, then it's most likely that they have not had enough experience with it to really understand how it works - if they are a teacher I would suggest you avoid them.

Grown up guitar players can see the benefits in both systems and in concepts that they might not use themselves. 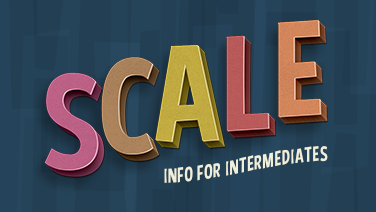