One theory question that often seems to come up around this point is what the difference is between chords, scales and arpeggios, so I figured that we should address that now.

While you're studying guitar theory, I’m hoping you're actually playing a guitar. Ideally, you're using my free Beginner Guitar Course that starts by teaching chords. In fact, most modern guitar courses begin by playing chords. But what exactly are they?

Chords are groups of two or more notes played together. As you'll soon discover, chords usually have a specific structure. They’re not random collections of notes. But in theory, any combination of notes played together makes some sort of chord. Chords can be played in many different ways too - such as strumming or fingerpicked.

There’s something about the word ‘scales’ that sends a shiver down many students’ spines. But when learned in the right way - and for the right reasons - scales are actually LOADS of fun. They let you start improvising (making up your own melodies and solos). They also help you better understand the music you like.

For years, my teacher tried to convince me to learn scales. I always put it off because nobody explained to me why I should learn them. It was only by accident that I understood why.

My teacher happened to give me a scale in a lesson one day. Later that evening, I was transcribing (working out by ear) the first solo in the song ‘Fade To Black’ by Metallica. I noticed that the scale shape he had given me and the solo I had just learned used exactly the same notes. That one serendipitous moment started my journey into music theory. It has since become one of my passions.

So, what are scales? Here's the simple explanation. Scales are groups of notes (drawn from the 12 available notes in an octave) that work well together.

The most common scale is the Major Scale, which is the basis for all western music harmony. It is the first scale that you will encounter in this course. It has seven notes and you will have heard it before as Do, Re, Mi, Fa, Sol, La, Ti, Do. Scales always repeat in the same pattern in the next octave up or down.

Some of you may have encountered the Minor Pentatonic scale before. It's often the first scale people learn as it's easy to play and is a fun one to jam the blues. But before diving into blues theory, we need to cover the first few stages of traditional theory.

When you analyze the notes that create a chord, a specific formula is (usually) behind both the choice and order of notes. There's more about this later in this course. When we play these notes at the same time we call it a chord. When we play the notes one at a time, it's an arpeggio.

I like to think of a chord as a 'frozen' arpeggio or an arpeggio as a 'liquid' chord. We won’t be looking at arpeggios until after the intermediate level of my courses as they are mainly used in jazz and modern blues forms. Most beginners (or even intermediate) guitarists) won't need them. Unless, of course, they are particularly interested in, and dedicated to, these styles. 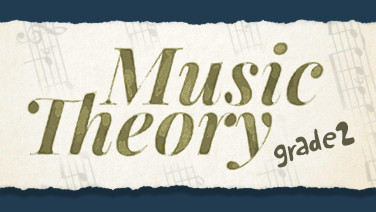