Diminished as a 7b9 Chord

In this lesson we are going to check out a way to use the diminished chord as a 7b9 chord. Again this applies ONLY to functioning dominants. I wrote on the video it was a Substitution, but in thinking more about it, it's not really a substitute, just a new way of using a chord shape. Watch the vid and then check out the notes below...

The the theory behind this is pretty simple... very useful and lots of fun. Used a lot my the neoclassical metal players (Malmsteen and co) as well as jazzers, although the approach is very different of course.

So the basic principle here is that the notes in a diminished chord can be seen as a 7b9 chord (A dominant 7th with an added b9).

If we look at the notes of a G# diminished chord and compare them to the notes in a G7 it's pretty obvious.

So you can see there that the notes of the G# diminished are actually the notes you would find in a G7b9 chord (without the root note) which is why it works.

Try it out, it sounds cool - just replace a functioning dominant chord with a diminished chord that has it's root note a semitone higher. Have a go with that now and see where it sounds good.

You must listen when you use this chord
You should be listening all the time, but because the diminished as a 7b9 has a natural 5th it's essential that you listen to it and see if it's working or not. If the melody is using a #5 or b5 then using this is gonna sound pretty horrible, and in a real life jazz environment, all the players will have their ears open and reacting to each other. Noobs like me might like to decide with the people they are playing with first so you don't get a clash of the chord player playing this and the soloist using the altered scale. But check it out.

The composers intention
When a composer writes a chord a 7b9 he often means to imply this diminished harmony. Not always, but often. When it is intended to show an altered harmony the composer will often use 7#9, or 7alt. When a composer wishes a whole tone scale to be used they often write 7#5. Just so you know...

The joy of diminished harmony
One of the coolest things about diminished chords is that there are only three of them! I'm going to make a whole lesson on diminished tricks but will leave the info here until I make it!

The root note of a dim chord is any one of it's notes!! Check this out and it will help it's use make sense.

If you take any diminished chord grip and move it up 3 frets you have the same notes - just they have changed what finger they are under! It's a bloody magic trick :) ha ha, but really - check it out.

Use the grip that I show you in the video (or either of the two grips in the basic jazz chords) work out what the notes are and then move it up 3 frets and check out the notes again, move it up again and check it out. Cool eh!

Also check out how the three main grips link up, so you can shift string groups and well as position!

Diminished scale action
Again there will be a full lesson on the use and playing of the scale, cos it's kinda fun. It's an eight note scale (not diatonic) and the distances between notes alternate between tone and semitone interval.

If you start on the root note of the 7th chord - you start with the semitone, then go T, ST, T ST etc.

If you start on any of the diminished chord tones you start with the tone, then go ST, T, ST, T etc

It called a symmetrical scale, and the scale shapes move up and down in minor 3rds (3 fret) intervals too! Which makes then very cool indeed.

A concept to explore...
One thing that really excited me when I discovered that the notes in the diminished grip stayed the same when moved up 3 frets (especially in relation to this lesson) was when I looked at each diminished shape as I moved it up the neck and realised that I only had to move one note backward one semitone to get to one of the 5 CAGED dominant 7th shapes. Not only that - but the note you move back will be the root note :) cool eh!

This kind of thing is a bit hard core, but if you can crack it, it will help you see how to use it, and further the knowledge of connections on the fingerboard.

The above will help you see the 7th chords and the diminished chords a whole new way.

Hope it's all made sense - important thing to get into now IS USE THEM :) 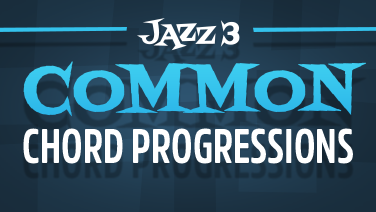