Eb Tuning is simply tuning every string down one semitone.

It makes the strings ever so slightly looser and so bends are a little easier. and it's slightly lower so it's better for some singers.3 It was very popular with hair metal bands in the 90's.

Some of the Blues legends like Stevie Ray Vaughan use Eb Tuning because the slightly looser strings make it possible to do big bends even with very thick strings.

Using a tuner is the easiest method and what I would always mark as first choice, but be aware that some tuners only show sharps and no flats so you might be looking for D#, G#, C#, F#, A# and D# if that is the case.

Another neat trick is to put a Capo on fret 1 and tune as normal, and when you take the Capo off you'll be in Eb tuning.

BIG TIP for working on songs that use Eb tuning

When I'm learning or transcribing a song in Eb, I don't bother re-tuning my guitar - I re-tune the original track instead!! There's great software out there now that will allow you to do this instantly while keeping the same tempo. The one I like best and use myself (most days!) is called Transcribe! and it's an awesome practice tool!

Please suggest more on the forum link below... I'm having trouble thinking of them now, but there are many!! 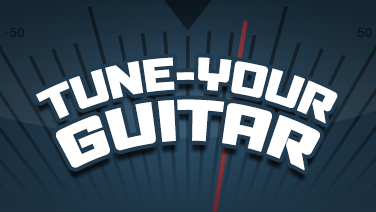