Oh yes, you must have known that this full barre F would rear its ugly head again!

Hopefully, by now you’ve practised your first barre chord enough that it’s at least playable, even if it doesn’t sound great each and every time you attempt it. Even if you’re still struggling with it (and honestly, most of you probably are!), we can start diving into it more.

For Those Still Struggling

Let’s look into a few things before going any further.

Many beginners aren’t sure whether to place their fretted fingers down first or to place their barre down first. I’d recommend trying it both ways and seeing which way you’re more comfortable with, but in my own personal experience, here’s what’s worked for me.

Try placing the 1st finger down roughly in position, then place your fingers down, and then readjust your barre. This seems to help frame and position the chord on the neck before actually committing to any finger placement.

Other than that, you’ve just got to keep at it! Barre chords are tricky at first, but once you’re comfortable with them, they really open up the possibilities of what you can play and create with your instrument. You’ve just got to get over this hurdle! It’s much nicer on the other side of it. I promise.

Now is a good time to start thinking of chord changes to and from the barred F chord. These will be tricky at first. You’ll find that you often have to change the position of your entire hand to make the changes, rather than just moving some fingers around here and there. Once you introduce barre chords, it changes things up and breaks you out of the first position / open chord comfort zone.

Common chord changes to practice are:

When working on these chord changes, take the time to really look at yourself as an 'objective observer'. Pay attention to the way your hand and your arm moves in relation to the neck and the strings. Try to dissect why you’re doing things the way you’re doing them and experiment to see if there’s a better way. Do your best to improve your positioning, dexterity, finger independence, and overall ease of playing, and don’t be too hard on yourself! This is learning by doing.

The sooner you start working on these changes, the better! Don't be afraid to start incorporating them into songs you’re learning, even if it sounds terrible at first. You don't have to but - it will help speed up their assimilation into your easy chord vocabulary! Try to at least get the fingers used to moving into the general chord shapes. It’ll all come together before you know it!

You'll have another 2 minutes each practice session to work on the chord and the changes if you're ready! 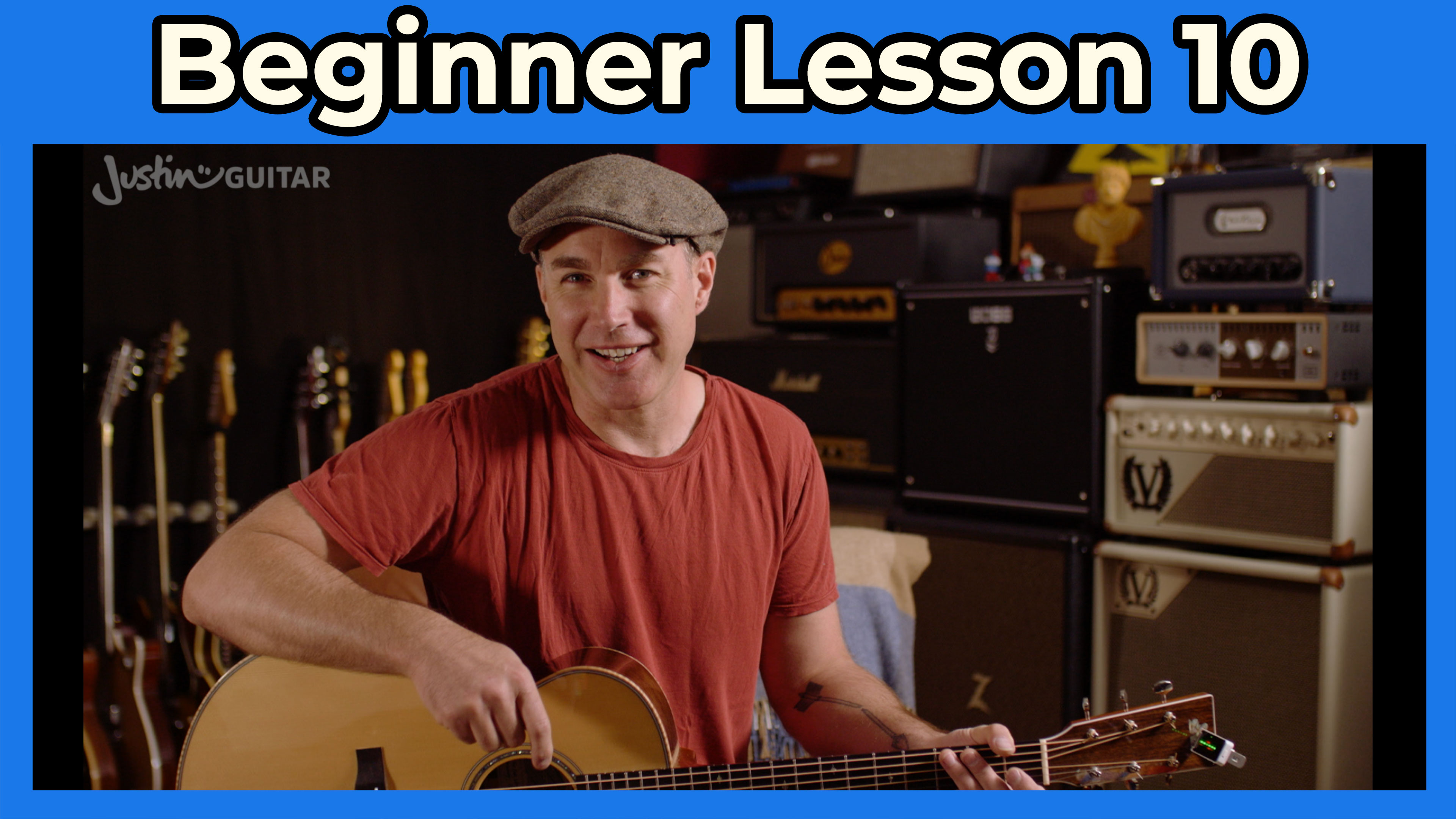