While hanging out at Guitar Nation waiting to interview Steve Vai, Martin Taylor came by to say hello to him. I've been a big fan of Martin's playing for many years and spent many hours transcribing his arrangements of standards, he's one the best solo jazz fingerstyle guitarists around and he's a real cool cat too. I asked him to do a short interview for the site and he agreed - and here it is.

Most interesting thing about the interview for me, is that he doesn't do transcribing. First of the great players I have met that doesn't, I was kinda shocked, especially as he can play in the Django Reinhardt style pretty much perfectly... turns out he practices in a different (but obviously very effective) way :)

Hope you dig it too!

The Martin Taylor Guitar Academy is a really great way of getting advice from one of jazz guitars leading players. I've been a member since opening week, not that active there to be honest, only because I'm too damn busy, but I have got lots of cool tricks from him! If you like that solo jazz guitar style, you should certainly go check it out! 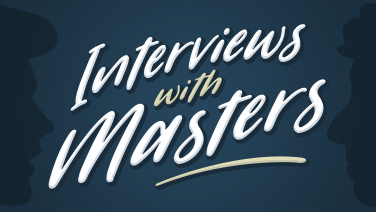 Interviews With The Masters