Next up we are back developing something we looked at in the beginners method and introducing a little note reading. Check out the video, but you will probably find the notes below just as important and useful!

To read or not to read, that is the question...

Some of you may be aware that I do not recommend learning to read the notes on the neck for a beginner guitar player. The reason is simple, it's very difficult to read music on the guitar (in the early stages especially) and people who teach reading to beginners usually have them playing such fun songs as "three blind mice" and "what shall we do with the drunken sailor", which can turn a young student off pretty quick.

Beginners want to (and should) learn songs and fun stuff.

But you are now an intermediate player and I think it is a good idea to have a rough understanding of the notes on a music stave, enough so you know what is going on and can develop the idea if you desire.

Many styles require note reading to get anywhere, particularly obvious are classical guitar and jazz (to read lead line melody). Even if you don't fancy becoming serious about either style it is good to understand the basic elements of as many things as you can.

Very often if you buy a TAB book it will have the notes written above the TAB and having an understanding and being able to read the notes can really speed up your analysis of what is going on.

Having basic open position reading skills will help you many times in many different ways, including being able to read a melody line in a sheet music book, communicate with other musicians that don't play guitar and be able to read notation combines with tab for a better understanding.

So what is so hard about it?

Well the most obvious difficulty when learning to read is that on the guitar there are many ways to play the same note - the most obvious being the note E (thinnest string open) which is found in the top space of the stave (the five lines that notes are written on is called a stave) can be played 6 different ways (on a 24 fret guitar!). Same note, same pitch, and reading notation (dots) may not tell you which one to play! Hence why tab is a lot easier!

What it means in practice is that any phrase can be played in more than one position on the guitar (with some exceptions like the notes between open and 4th fret on the thickest string) which can be seen as an advantage, but often more problematic to a beginner.

Notes On the Stave

The stave are the five lines that we write dots on. The higher the note on the stave, the higher the pitch. The best way to learn to recognise the noted on the stave is using the two mnemonics: FACE for the spaces (starting at the bottom) and Every Good Boy Deserves Fruit for the lines (also starting at the bottom). You should also note that the notes go up alphabetically: E is the bottom line, F is the first space, G is the second line, A is the 2nd space, etc.

Note in the open position

So what I propose is that you learn the notes in the open position - just so you have the idea solid - you understand the note names and where to find them on the guitar. So lets take a look first at the open string notes and where they are found on the stave.

Shown here are the positions of the open string notes on the stave and as TAB so you can formulate the relationship between the 'dots' and the 'tabs'.

Natural Notes in the open position

Now lets look at all the notes in the open position.

What we have here are all the natural notes found from the Thick E String up to the 3rd fret of the Thin E String. Each string has 3 notes on it except for the G String which just has two.

When I teach sight reading (looking at it and playing right away), I teach one string at a time and then start mixing it all up. But for this stage in your playing I think it's just a good idea to be able to work out the notes rather than working a lot on being able to do it instantly (not that it's a bad thing, but just not yet!).

So what we are aiming for is just to make the connection between the notes in the open position (which we looked at in the Beginners Method) and where these notes are located on the guitar neck.

Every Good Boy Deserves Fruit and then finds it on the neck!

There are three stages to learning to read notation.

Stage 1 - Note Recognition
The first stage is simply recognising the notes on a stave as a G, and C or whatever. This is done simply by remembering a rhyme and a word!

FACE - is the notes of the spaces, starting with the lowest space

EGBDF - are the notes of the lines, starting at the lowest line.

The first task is remember these (not hard) and then practice naming them. You can do this on a train or whatever, very easy, you can use ANY sheet music you like, it's not important!

Stage 2 - Knowing Where The Notes Are On The Neck
You should already know the notes on the neck, but this adds in WHICH note on the neck - there are 3 E notes in open position so you need to know the one in the top space is the thin E String, the one on the bottom line is the 2nd fret 4th string and the one on under 3 ledger lines is the Thick E.

I always just remembered them that way and worked it out. It's a slow process, don't be in a hurry. We're just getting a taste here, not trying to be super sight-readers! If you decide you want to be a proper reader then you go to Stage 3!

You might like to check out the JustinGuitar Note Trainer app too, which is available for Apple and Android!

Stage 3 - The Flow Of Information
Stage 3 is a stage that's ok to miss out on if you are not keen, and that is the flow of the above to be able to play music off the page right away - so called "sight reading". Serious session players have to sight read but I don't think it's an essential skill unless you do the session or pit band gig. Working out quickly is enough for me most of the time.

It's down to practice and I'm not much good at sight reading these days because I don't have to do it. I hardly ever see music in sessions, I just listen and work it out on the spot and play it from memory (maybe I'll write a little chart if it's complex). But working out a melody very quickly is a really useful skill and one that I certainly recommend.

Putting it into practice!

It's going to be slow to start with - it's just an exercise, I want you to know where some of the notes are and how to work them out! We've not even looked at the rhythms of the notes yet!! There is of course a lot more to note reading if you want to get into it, learning about sharps and flats and key signatures and all that... lets just give you a taste for now...

Here are some random notes on the neck. Start by seeing if you can name all notes, then see if you can find them on the guitar!

And if you like that have a go at playing this... note it's got some new things going on... the use of ledger lines (lines below the stave) and also there are sometimes two notes. The lower notes are the bass notes and there are just one of them in each bar, so play them and let them ring out for the whole bar (you'll have to keep your finger on it!) while you play the other notes. This is a very basic easy classical style thing... just to get you the idea!

Well I hope that has given you a better understanding of notes on the neck.... like I said, what I'm doing here is just looking at basics so that you have a rough idea of what is going on should you want to explore this area further.

On the DVD only lesson we check out playing a basic Bach tune, the Bouree in E min!

To improve and get better at reading music, there is no secret - you just have to do it. A lot :) 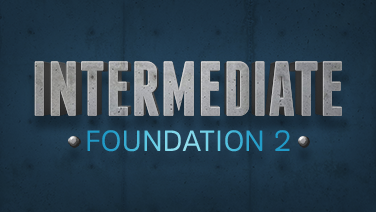