Are you ready to rock?? Power chords are an incredible thing to learn - they're the foundation chord for rock music, but they're also a get out a jail card if you encounter a barre chord that you don't know!

Power chords are a movable shape because they use no open strings. The note under Finger 1 is the ROOT NOTE and that gives the chord it's note name.

Because the chords are made up of just the root note and the 5th degree of the scale (and optionally the octave of the root) they are called "5th chords" and C Power Chord would be commonly written as C5.

I would recommend starting by learning the Root 6 grip - the placement of fingers 1, 2 and 3 should be relatively easy (especially if you are comfortable with the F Barre Chord).

The struggle for most will be getting Finger 1 to lay down and mute strings 1,2 and 3 - just touch them lightly so they don't ring out (it's fine if the make a 'click) but be careful not to press too hard of the notes will ring out and it will no longer be a power chord.

When you start moving the shape you will probably find that Fingers 3 and 4 want to pull apart but you should aim to keep them together - touching - 3rd fingers on top of the 4th which will help you when moving the grip around. 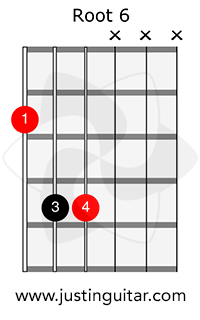 Also note that rather than using having the common 3 note version you can can also play it with just 2 fingers - the root will be played by Finger 1 but the other note can be played with either finger 3 or 4 - see what feels good for you! 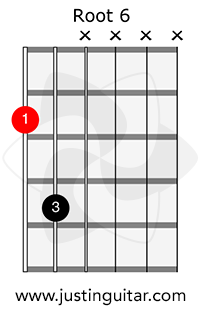 And lastly I feel I should point out that Kurt Cobain played his Power Chords with fingers 1 and 3, but let finger 3 lay flat to cover strings 5 and 4... but he often accidentally (I assume) let it press a little too hard and he would get the note on string 3 as well. It's 'not right' but it sounds great and is one of the subtle trademarks of his playing style!

The rules for the same grip but with the root note on string 5 are almost the same. The big difference is that the tip of Finger 1 must mute the thickest string. This is really important. So Finger 1 is the big player here - it's muting String 6, 2 and 1 all at the same time and if it fails you are going to end up with some pretty duff notes! 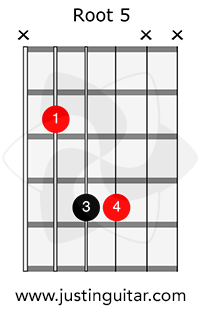 Notes On The Thickest Strings

I recommend starting by learning the 6 key tones - the notes on frets 3,m 5 and 7 - and then using your knowledge of tones and semitones and the note circle you can find any note you want pretty easily. It's something I cover in more detail in my theory course - but do whatever method works for you - just make sure you can find any note on both string 6 and string 5 within a second!

Don't forget the sharps and flats between the 'white notes' - some revision of your Note Circle will help if needed :)

Trying to maintain the shape by loosening your grip of the neck but not losing contact with the strings. Try to keep fingers 3 and 4 together if you can.

If you dig doing exercises more than songs or fancy something easy to help get the skill down then try just playing these chords as even 8th notes  and try to keep the shape!

Anarchy In The UK (Sex Pistols)

Keeping the shape as much as possible but you might lose contact with the strings but not for long and not by much. you might find you can maintain contact which will help keep from open strings ringing out.

There are SO MANY awesome songs to work on your power chords - it's kinda up to what you like. More on that in a  lesson coming up!

I suggest learning Power Chords by playing songs - you can do exercises if you like and there's some benefit at the start but once you got the basics down - just play awesome songs - find ones you love and play them as much as you can! 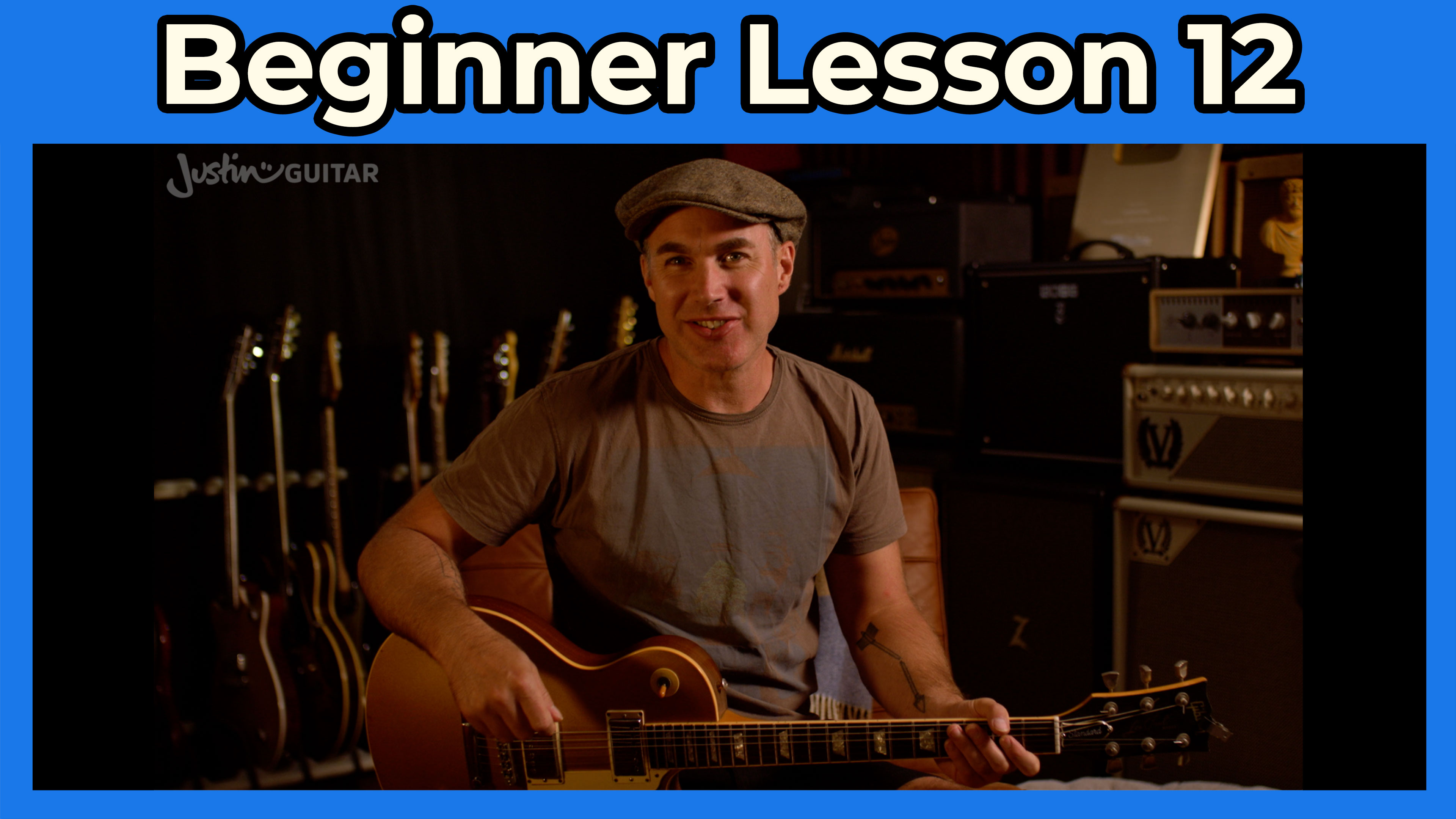