Single note lines are very common in funk guitar and in this lesson we look at the different approaches to playing single notes in funk grooves.

Many times in funk grooves the notes are muted. As well as using palm mute with the picking hand, be aware that you will probably want to 'dab' on the notes (press down for the note and immediately lift the finger to keep the note short).

Songs To Check Out:
You'll probably find it hard to find funk songs without some muted lines :) but some proper great examples to explore are:

Another very common technique in Funk is to have muted notes that are created by the fretting hand muting all the strings. This allows the picking hand to dig in deep and play the notes quite forcefully - helps to think of the pick going in toward the body of the guitar rather than just up and down.

Songs To Check Out:
These kind of lines are often a bit hidden in the mixes but some good examples are:

Don't Stop Till You Get Enough - Michael Jackson

Again this is a common funk guitar style, and remember the BIG deal is to lock in with the bass - you gotta be right in each others pockets and playing the notes together so they sound as one. And the one the to really watch out for is noticing where the bass notes STOP. Guitarists often neglect this

Songs To Check Out:
If you're following along with my recommended albums you will have heard this a lot by now!

This technique can be pretty tricky - most people (including me) find it really hard to learn, so please don't expect to be able to rock this one right away! You will have to do some thinking about the 'logistics' of how to make it happen and then some slow are careful practice to figure out what fingers are going to mute what and where.

Songs To Check Out:
There are lots of examples of this that you might like to check out, and I think that learning some real life examples can be a good way to get your fingers around this difficult technique!

You ain't never going to get the Funk if you're not listening to the greats! So with each lesson, I'm going to recommend a funk album for you to sink your ears into and help you get in the groove - some of the all-time classics and maybe some slightly less known albums too that I really dig. 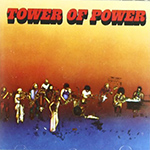 Oh man, I love this record, was one of the first real funk records I got into and there are super guitar parts, amazing grooves (bass and drums are off the scale of awesome!) and great songs as well. Really worth checking out this album and digging into the guitar parts. Lot of truth in the lyrics in What Is Hip too! ;)

Please submit it. This will help me make constant improvements to better your experience.