Things going great for Tammy still - the video was late up because I got into recording a project and didn't find time to edit it... won't matter if you're binging on these later though!

Note down any new discoveries you make during the week as it will help inform the next lesson and the direction - super important in the early stages of lesson planning (for teachers!).

5-10' • Improvising With The Major Scale 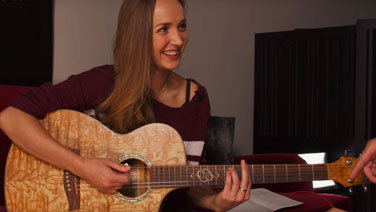