Ukulele Shuffle Strum, Get Your Groove On!

The 'shuffle' strumming pattern is often used on guitar but it's happy character really suits the uke and so it's worth making sure you can do it. When you play it and hear it you will recognize it for sure, it's very very common for uke grooves to have a shuffle (also called swing).

It's not difficult but it will take some practice to make it feel good.

Shuffle It By Taking Out The Trip

First of all, let's look at a bar with four beats in it, with each beat divided into three (triplets). We count this with the number of the beat, on the beat, followed by ‘trip' and then ‘let'.

Then, we get rid of the middle note of each triplet, and we end up with a rhythm called a shuffle.

You can see that we still strum down on the beat, and we use an up-strum for the ‘-let'. So it is similar to the usual down-up pattern, but with the up-strum delayed slightly.

You can see there are four triplets in the bar. Counting as shown above while you play should help you know where you are. Say the ‘trip', even though you are not playing it and it will help you find the groove. Worth noting though that after you have the groove sorted out and internalized, you are unlikely to count it, you should be aiming to 'feel it'.

This shuffle-type of strumming has many variations and it not quite as ‘tight' as I am showing you here. If you think of the first strum being right on the beat (which it should be) then the second strum (the up) can be anywhere in between where the ‘and' would have been (in even 8th notes) and the next beat, depending upon the groove you are playing.

For now, you should work on getting the shuffle just as I have shown it in the above example, but be aware that in the future you might play around with this idea a bit.

Really important is to get it 'feeling' great!! Once you get it right you should spend quite a lot of time just playing it and making it feel good - it really will make all the difference! It's the thing that people listening will pick up on, if you feel good playing the groove, then the listener will feel good listening to you play.

Once you feel comfortable with the shuffle you might like to work on accenting your Backbeat... learn how in the next lesson! 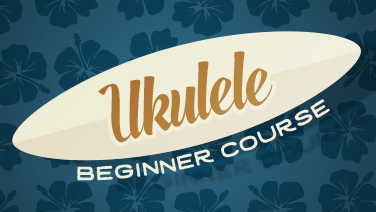