What Are Minor Chords

All of the chords you’ve learned so far in this beginner course have been major chords, so now let’s delve into minor chords.

Technically speaking, there’s one note difference between the major and minor chord – the middle note in a chord (the '3rd') gets flattened a semitone or one fret. If you're interested in the theory side of these things, check out my Practical, Fast & Fun Music Theory course!

Sometimes changing a major chord into a minor chord is as easy as lifting off a finger but other times you’ll have to use alternative fingerings when going from a major to a minor chord.

It’s a good idea to train up your ear a bit, though. While the happy/sad thing works most of the time, it can actually be a little tricky to distinguish between a major and a minor chord if you’re just hearing one out of the blue - until you have started on some Ear Training!

Just a quick note on minor chords… You’ll see them written as either A minor, Amin, or Am. They all mean the same thing! Also, unless otherwise specified, just an “A” chord refers to the major chord, minor should always be specified. 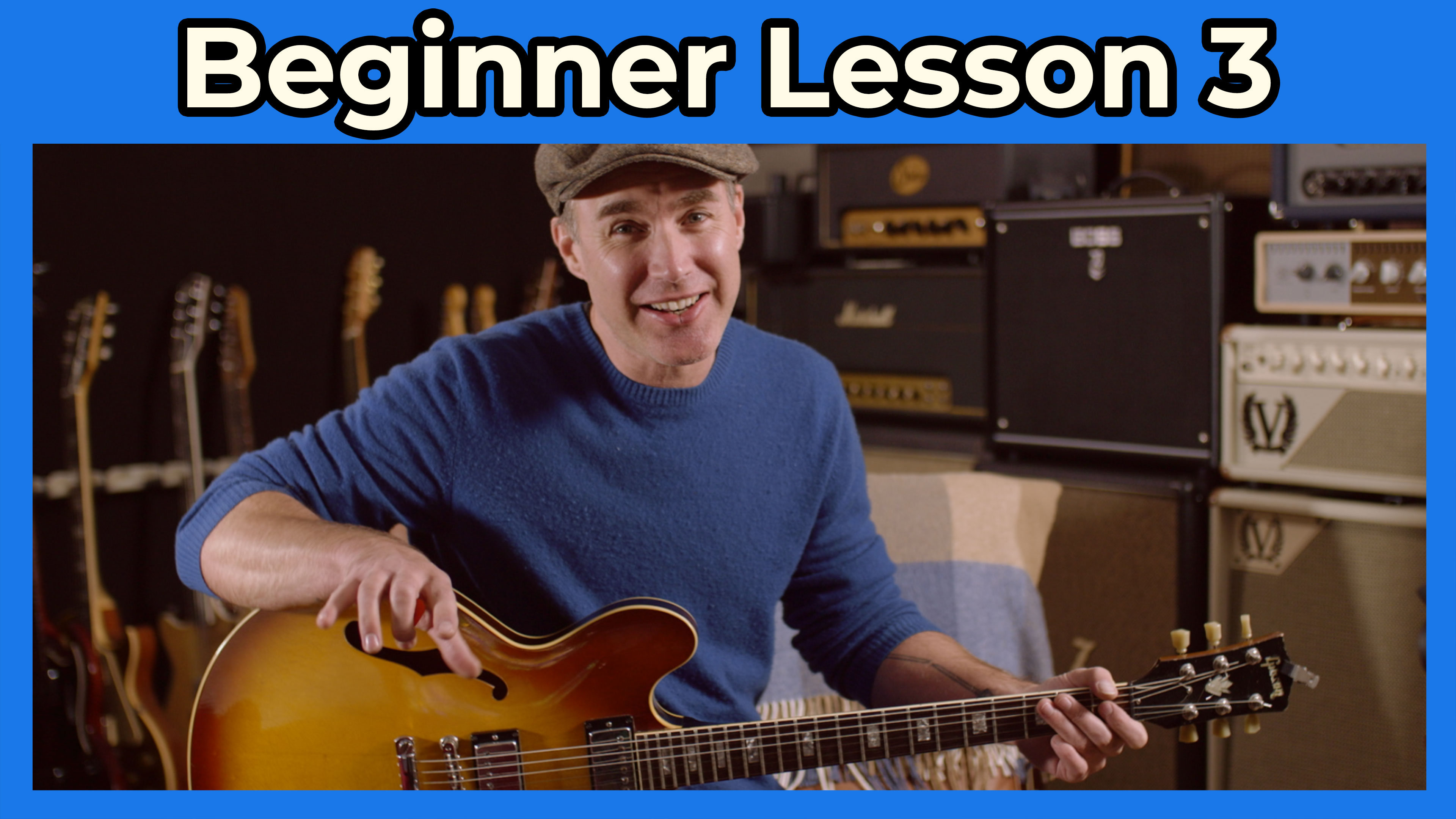